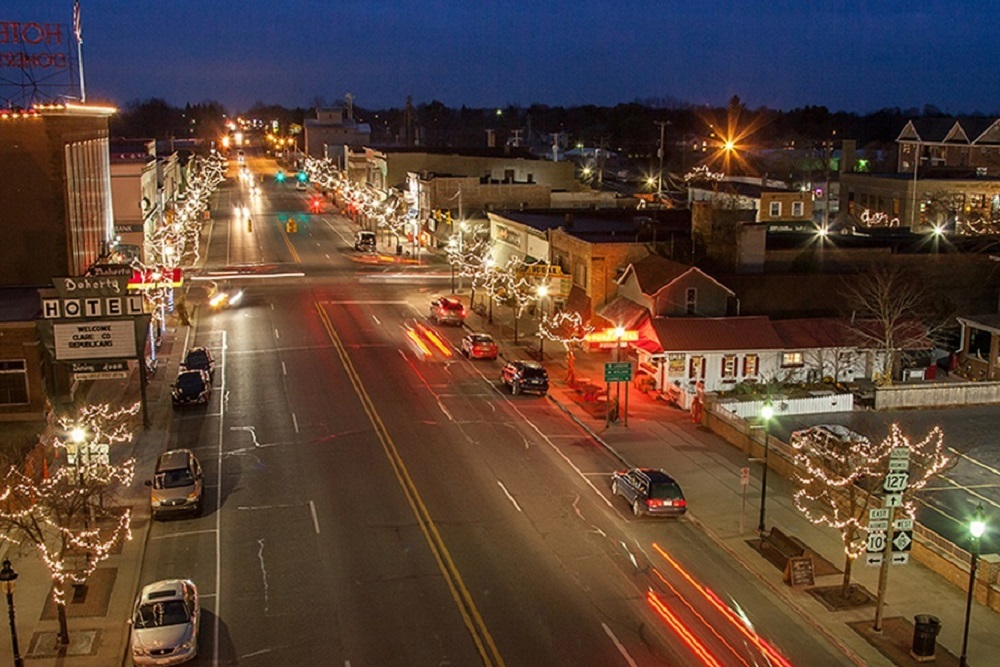 The city of Clare as seen from above | cityofclare.org/

The city of Clare got a healthy donation from the board that oversees the town's industrial park during a recent meeting, according to a local news report.

The town that straddles the Clare and Isabella county borders received the donation from Industrial Development Corp. Board, with the city's approval, when the board waived a $15,000 payment for industrial park property purchase during a meeting Monday, Jan. 13.

It was only the second time that the board relinquished funds to the city of Clare, the Clare County Review reported the same day.

The donation stems from development of the industrial Park, for which the board offered $250,000 to sell 25 acres back to the city as part of a local-dollar-match grant to fund an infrastructure and Colonville Road construction grant.

“The great achievements of this organization and the immensely beneficial relationship for the city speaks for itself," City Manager Ken Hibl was quoted from his report in the Clare County Review story. "Over the years, Clare's South industrial park has doubled in size from its original form and is today at full capacity…Due in great part to the work and efforts of the IDC, the city’s new industrial park has developed at an amazingly fast pace. Only 10 acres of the original 60-acre park remain available."

The one-time $15,000 waiver will purchase part of remaining acreage in the industrial park's northern end and resulted from recent changes in the city of Clare's budget, according to the Clare County Review story.

Want to get notified whenever we write about City of Clare ?

Sign-up Next time we write about City of Clare, we'll email you a link to the story. You may edit your settings or unsubscribe at any time.